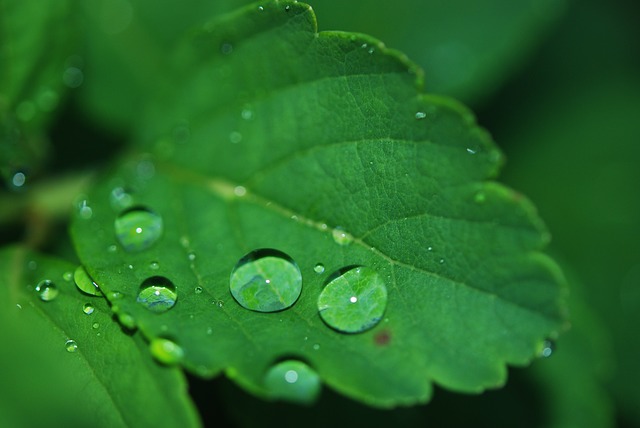 After experiencing months of devastating drought, farmers across the West are finally getting the rain they so desperately need. Yet despite the recent and widespread rainfall, scientists expect the parched conditions to continue at least into next winter in many areas—including most of the State of California.

Now more than ever, water retention is critical. Every drop of fresh water counts. Asking people to replace their lawns and to stop washing their cars is a step in the right direction, but it’s not nearly enough to reverse the dire water shortages that are predicted globally over the next decade.

As scientists contemplate battling drought with technologies ranging from desalination to cloud seeding, there is another factor to consider: soil management.

Soil that is healthy and well-managed is able to retain moisture, whereas “dead” soil cannot. Worse, the rain that does fall on hard and compacted soil simply runs off. Not only is it wasteful, but it also washes potentially harmful pesticides and chemicals directly into our lakes and streams.

The Water-Holding Capacity of Basalt

Organic growers already know about rock dust’s ability to help with soil’s water retention. Yet not all rock dust is alike. Volcanic basalt is especially valued for its high water-holding capacity. That’s because basalt is an “extrusive” rock, i.e., a rock that is formed when liquid magma is extruded onto the earth’s surface through a volcano’s vents. Basalt cools very rapidly, leaving no time for large mineral crystals to form. This is important because the finer the minerals, the less coarse the soil—and the more water holding capacity it has.

(Compare this to granite, an “intrusive” rock that forms deep in the earth’s crust. Granite cools much slower than basalt, and thus forms larger mineral crystals.)

Given that the whole earth is made of rocks and minerals, it’s surprising to learn that most of the world’s soils are woefully deficient in rock minerals, caused by natural weathering as well as aggressive and non-sustainable farming practices.

Aside from a volcanic eruption (too violent) or massive glacial activity (too slow), the easiest way to replace missing minerals in the soil is to apply rock dust. And while almost any type of rock dust will improve the soil, volcanic basalt is the best for delivering a wide array of plant essential nutrients, including: calcium (Ca), magnesium (Mg), iron (Fe), and manganese (Mn).

In addition to being rich in nutrients, basalt’s finer mineral composition makes it more susceptible to natural weathering. Water, ice, acids, salt, animals and temperature changes all contribute to the breakdown of basalt and the release of its mineral supply.

When everything is said and done, there isn’t much we can do (at least in the short-term) to change what comes out of the sky. But we CAN begin to change what’s under our feet—by advocating for better soil management practices, including all-natural methods like rock dust to help improve the physical structure and texture of our soils so they are better able to use every drop of precious water.

For a more in depth article, check out Best Plants’ article on making and using compost.