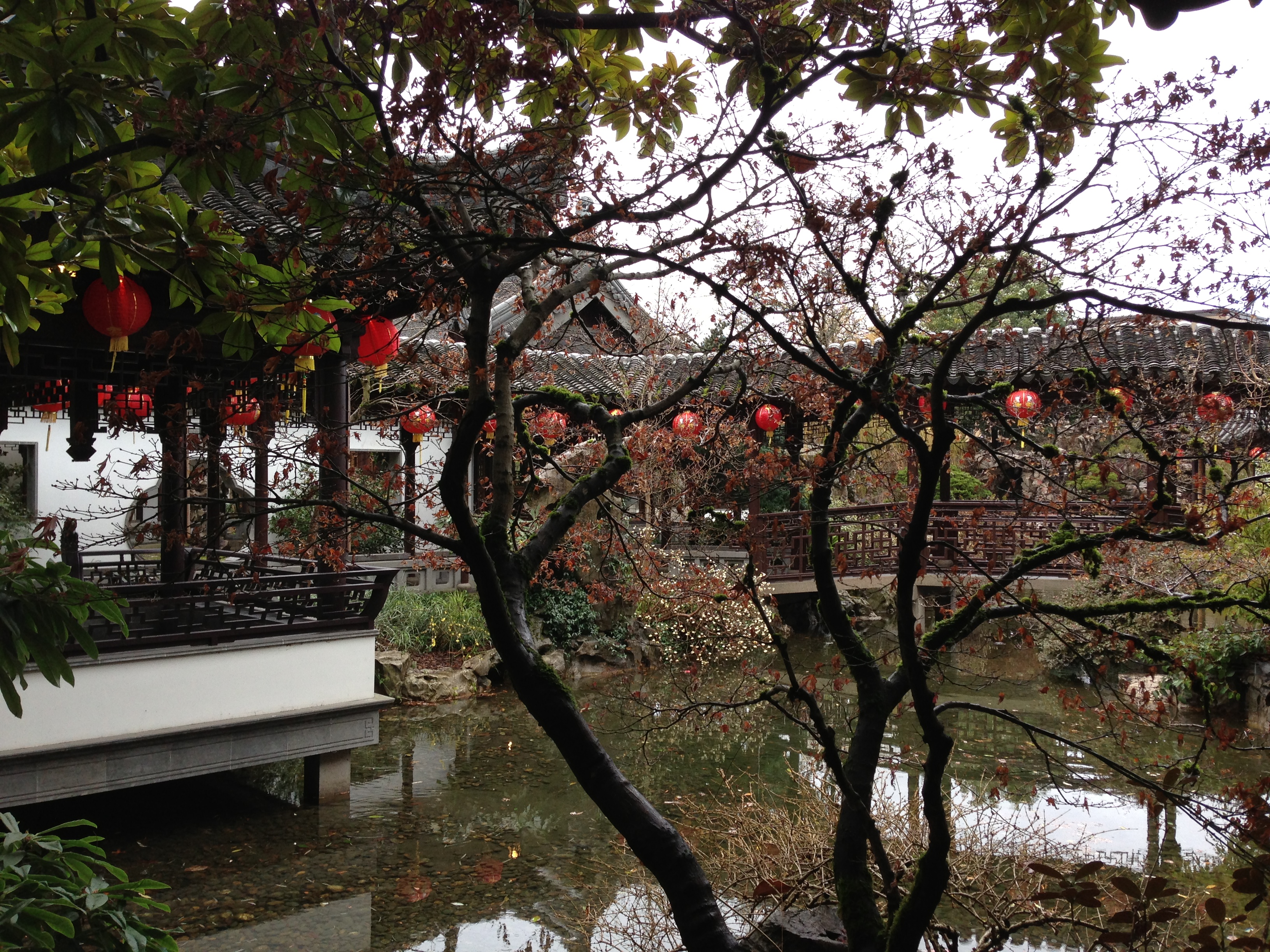 Happy Chinese New Year! 2014 is the Year of the Horse, which Chinese astrology says will bring good fortune and be filled with lively energy. We predict a bountiful growing season thanks to the organic soil-boosting benefits of volcanic basalt. Read on.

Here in Portland, Oregon, a good way to get a flavor of China’s most important holiday is to spend a day at the Lan Su Chinese Garden.

Lan Su Chinese Garden is one of Portland’s most beautiful attractions. Modeled after the gardens from the Ming Dynasty, it is considered the most authentic Chinese garden outside of China. It was built by 65 Chinese artisans from Portland’s sister city Suzhou and opened to the public in 2000.

One of the first things you notice upon entering the garden is a stunning collection of rocks. More than 500 tons of rock was shipped from China for installation in the garden. The most dramatic are the free-standing rocks called Tai Hu rocks.

A rock is just a rock, right? Wrong!

Made of limestone, the Tai Hu rocks in Lan Su Chinese Garden have been turned into pieces of art by hundreds of years of natural weathering and erosion. Limestone is made up of more than 50% calcium carbonate (calcite). The rest is clay, quartz, other rock fragments and seashells.

As beautiful as they are to look at, weathered limestone rocks such as these generally lack the essential micronutrients and trace elements that plants need to flourish. That’s where volcanic basalt comes in.

Volcanic basalt is dense and dark, usually black or gray. It is rich in calcium, iron and magnesium and low in quartz. Compared to other rocks which are higher in quartz, basalt weather relatively quickly which means it breaks down readily in soil and is available to plant roots when they need it. Applying finely ground volcanic basalt is like adding a fresh deposit of natural soil minerals to your lawn and garden.

Research shows that soil amendments made of volcanic basalt, like Cascade Minerals, can improve root systems, increase yields and promote general plant health in a wide variety of crops and conditions—including those here in the west, where soil salt build-up and mineral deficiency is an issue.

Our New Year’s wish for you? “Feast your eyes on limestone but feed your soil with basalt!”