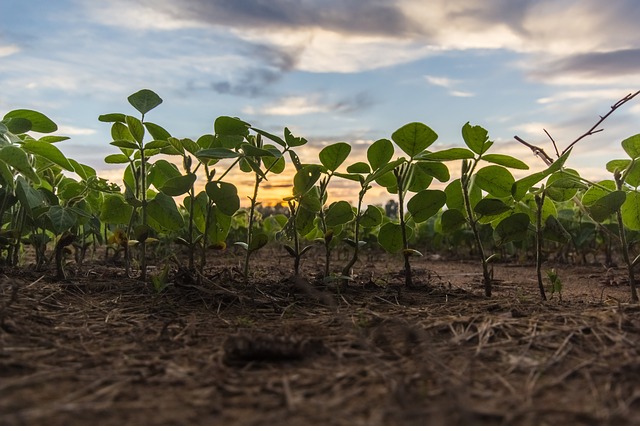 Known as nature’s fertilizer, legumes like peas, beans and clovers have long been used as natural nitrogen fixers.  Also referred to as ‘green manure,’ legumes are typically planted as rotational crops to help feed the soil organically.

At the most basic biological level, legumes attract soil-dwelling bacteria called rhizobia to their roots and ‘invite’ them inside the plant. Once inside, the bacteria begin to form nodules inside the host plant’s roots where they produce nitrogen compounds that help the plant grow and compete with other plants. In exchange, the plant provides the bacteria with the carbon that it needs to live and breed.

It may not be too far-fetched to say that legumes have evolved to farm themselves. After domesticating the wild bacteria, the legume plants let them back out to forage in the soil where they kill rival bacteria and fix nitrogen deficiencies. When they are done, the bacteria are allowed back into the plant where they are safe and well-fed.

As explained in this paper by molecular biologists at the University of Massachusetts at Amherst, there are still many unanswered questions when it comes to the role of nitrogen-fixing bacteria in helping improve worldwide crop yields.

But one thing is clear: Everything comes down to microbial activity in the soil.

One of the most effective ways to boost microbial activity in the soil is to add minerals—minerals that have been depleted from many of the world’s soils yet which can be readily introduced through remineralization with rock dust.

Soil remineralization with rock dust is the process of returning minerals to the soil by mimicking the Earth’s own natural methods. Instead of glaciers and volcanoes, however, remineralization is the process of adding finely crushed rocks to soil that has been depleted of minerals over the course of decades either through natural weathering or by over-farming. Silicate rocks like basalt, in particular, contain the broadest spectrum of minerals and trace elements that are essential to plant health and nutrition, including calcium, magnesium, manganese and iron.