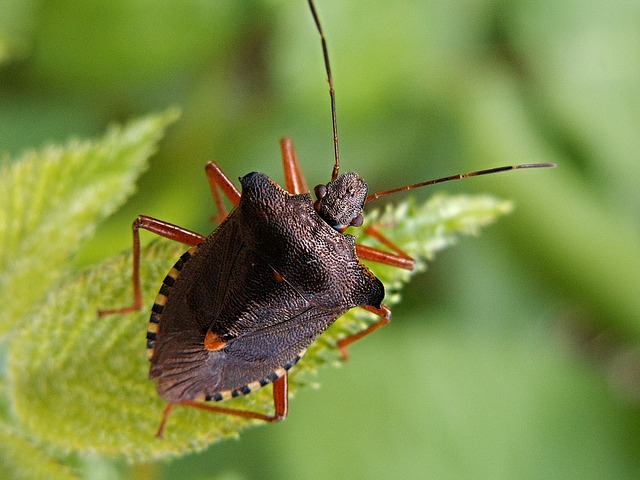 A customer in California recently wrote to tell us how applying all-natural rock dust made of volcanic basalt to his rose bushes helped keep away pesky aphids:

“I’ve normally had to spray my roses for aphids at least once by this time of the year. The only thing different this year is that I used Cascade Minerals Remineralizing Soil Booster. As you can see, no aphids (predators can easily take care of the few that do appear).”

His story is not unusual. Take the case of Tso-Cheng Chang, an organic farmer in Amherst, Massachusetts (read more on Remineralize the Earth’s website, here). According to Chang, simply applying rock dust to his plants every year makes them strong and healthy, and resistant to aphids and Japanese beetles.

The Beetle-Battling Secret Behind Rock Dust

The science behind the solution is silicon. A key component of cell walls, silicon (Si) improves plant structure and increases resistance to pests and disease. Plants that don’t have access to soluble silicon in the soil are stressed out, weak, and unable to resist injuries causes by insects and pests.

After oxygen, silicon is the second most abundant element in the earth’s crust—which brings up the question, “If there is so much silicon in the soil, why do plants suffer from silicon deficiency in the first place?”

The problem lies with the form of silicon that can be absorbed by plants. Only a small fraction of silicon in our agricultural soils is soluble and plant-ready. That’s why it’s so important to supplement the soil with an all-natural and soluble source of silicon, i.e., one that is readily available for plant growth.

The Superior Benefits of Basalt

One of the best sources of such silicon is volcanic basalt, the rock that you’ll find in every bag of Cascade Minerals Remineralizing Soil Booster. Compared to other volcanic rocks, basalt weather quickly which means it breaks down readily in soil. Adding silicon back to soil that has been depleted of this essential element not only makes it easier for plants to ward off plant-eating insects, but it also improves plant resistance to leaf and foliar diseases (like downy mildew).

This year, as you think about pest management, think about silicon—aphids will hate it, but your plants will thrive!