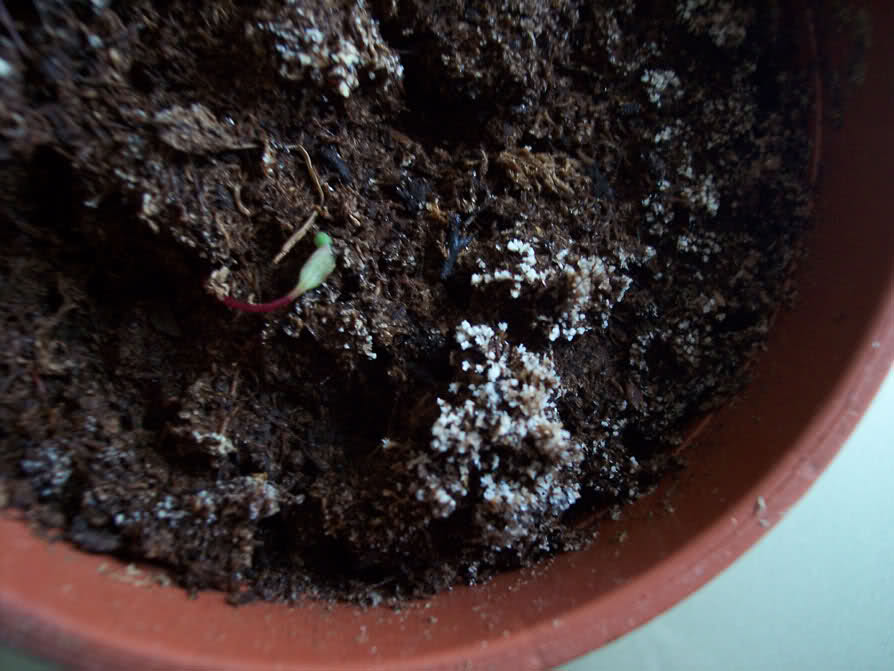 In a previous blog post, we wrote about Silicon (Si) and the role that it plays in helping plants stay healthy and boosting their natural resistance to insect pests and disease. Found naturally in volcanic basalt, Silicon is a key ingredient in Cascade Minerals Remineralizing Soil Booster.

Recent research also shows that Silicon is effective in alleviating salt stress in plants, which can manifest itself in a number of ways—from stunted plant growth to root rot and more.

While some plants tolerate salinity (gardenias, for example), most do not handle excess salt very well. Soil salinity can be affected in a number of ways, from natural ocean breezes to the use of de-icers and other chemical products. Synthetic fertilizers in particular leave behind a high ratio of salts which damage the soil and tie up macronutrients, making them unavailable to surrounding plants. They can also contaminate waterways and surrounding sources of groundwater.

How do you know if you have an excess build-up of salt? Visible signs include crusty white deposits on the surface of the soil or on the sides of containers. Salt’s other damaging effects include:

Silicon is more readily absorbed by plants than salt and has been shown to alleviate salt stress in several studies around the world. A research study in Russia, for instance, showed that adding silicon to high-salt soils dramatically increased the rates of photosynthesis in wheat (a crop that is notoriously sensitive to salt). Silicon application has also shown to increase the potassium to sodium (K:Na) ratio in plant roots and shoots, thus increasing salinity tolerance overall.

One of the best sources of silicon is all-natural volcanic basalt. Finely milled, it is a key ingredient in Cascade Minerals Remineralizing Soil Booster which also provides plants with other minerals and trace elements that they need to develop strong root systems and to build immunity from within.

Finally, leaching the soil every few months with water can also help treat existing salt buildup. Simply run water through containers using twice as much water as the volume of the container itself. For outdoor soil, two inches of water within two hours should suffice.

Our all-natural Remineralizing Soil Booster is made from massive basalt stones from Central Oregon’s legendary Cascade Mountains. Rocks are crushed to produce a finely milled, 100% natural product that is approved for organic production and releases the essential minerals and trace elements that plants and humans need to flourish.