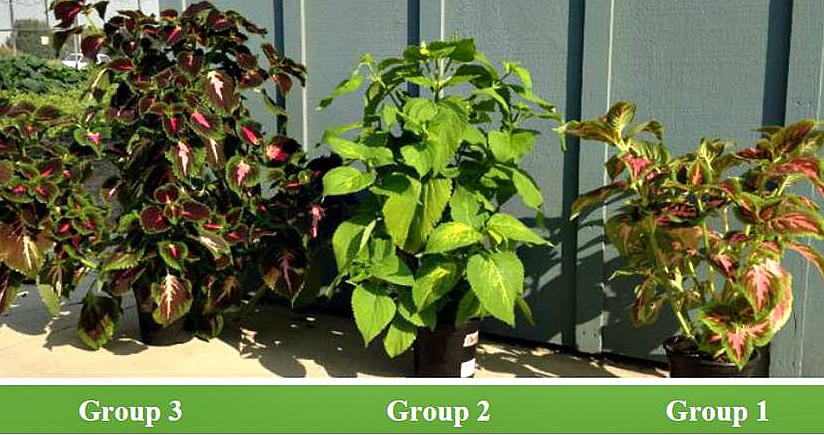 The Master Gardeners began with plants propagated in the correctional facility’s greenhouse in mid-March. The test had a total of nine individual plants which were divided into three groups:

Group 1: Three plants were placed as starts into non-improved potting soil in a four-inch planter.

Group 2: Three plants were placed from starts into sifted soil that was improved with the commonly known commercial product, Miracle-GroTM.

Group 3: The last three plants were placed from starts into sifted soil mixed with all-natural Cascade Remineralizing Soil Booster (as well as Miracle-GroTM).

The plants were watered regularly and received daily and weekly monitoring for common bug infestations. Each plant, as it grew, was trimmed according to the desired shape of the growing plant. The trimming of these plants consisted of the removal of unwanted leafing, seedpods, and damage from natural events such as insects and temporary indoor/outdoor shock. After 6 weeks, the plants were transplanted by hand into larger, one gallon sized pots.

The results, as observed by the Master Gardener participants and as evidenced by the accompanying photograph, were as follows:

Group 1: Plants grew at a normal rate yet did not get as full as the plants in the other two groups.

Group 2: The plants that were given the commercial additive (i.e., Miracle-GroTM) showed to have a fuller appearance than those grown with no additives at all (although the margin of additional height gained was relatively small). The color of the plants in this group was more vibrant than those in the first group, i.e., those in simple potting soil.

Group 3: The plants in this group were substantially fuller and had additional overall height. They also showed brighter, more vibrant coloring. Participants in the Master Gardener Program attribute this to the “natural minerals and elements found in the organic soil booster provided by Cascade Minerals.”

Central Oregon Basalt Products mills massive stones from Central Oregon’s legendary Cascade Mountains to produce the highest quality volcanic basalt powder available. Because Cascade Minerals Remineralizing Soil Booster is not a fertilizer and contains no synthetic chemicals or man-made additives, it is safe to use around your plants, children and pets when used as directed.