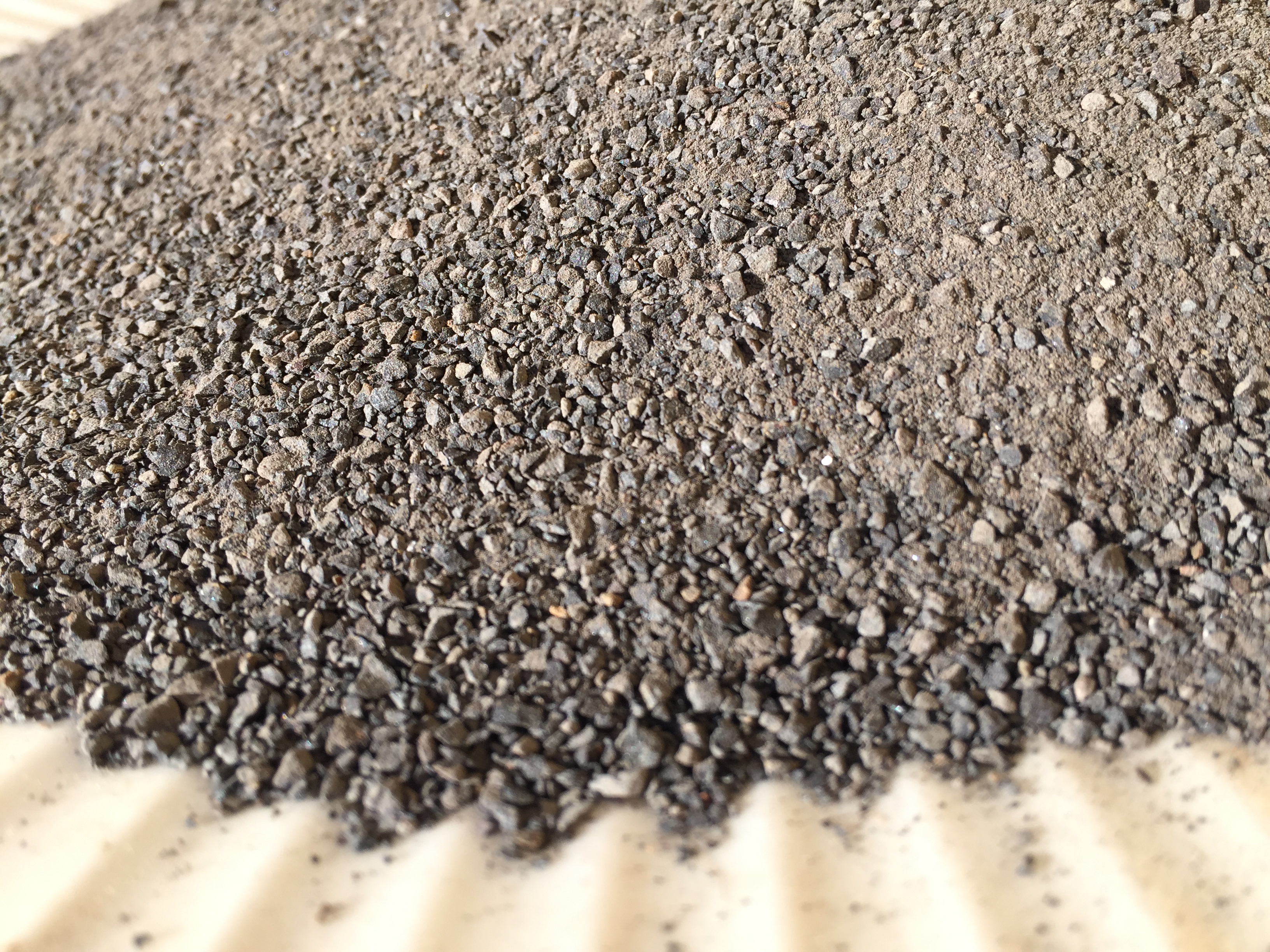 You might say that it takes true “grit” to be a farmer—or a backyard gardener, for that matter. It takes resolve and strength of character to deal with all the things that Mother Nature throws at you.

The word “grit” can also mean small, loose particles of stone or sand. When it comes to rock dust, sometimes also called rock flour, there is more to grit size than meets the eye. In fact, it can be difficult to identify different grit sizes with just the naked eye. That’s where a sieve analysis comes in handy.

Importantly, the range of particle sizes in Cascade Minerals Remineralizing Soil Booster also helps improve handling and application.  When loaded into a hopper, our product doesn’t bridge or ‘rathole,’ both of which can be costly flow problems.

To measure grit size, rock dust is passed through a series of mesh screens that measure the percent of material that is allowed to pass through. As evident in the following analysis, Cascade Minerals Remineralizing Soil Booster has things well covered:

Many of the rock-based mineral amendments on nursery shelves today can be considered part of the “instant release” category, i.e., they are made almost entirely of super-fine powders that have the consistency of flour. The downside is that this type of “rock flour” can turn to clay very quickly.  Moreover, there is an upper limit on how much super-fine powder can be added to the soil without choking plants. This is why many competing products recommend low rates of application several times a year.

In comparison, Cascade Minerals Remineralizing Soil Booster contains larger grit sizes that take advantage of nature’s own slow methods of releasing rock minerals to the soil. A single application can last a year or more, resulting in less work and a greater return on investment. Importantly, unlike small particles that are only visible on a microscope, the larger rock materials in Cascade Minerals Remineralizing Booster provide shelter for nematodes, earthworms and other biological critters that are essential to soil health and productivity.